Warning: sizeof(): Parameter must be an array or an object that implements Countable in /usr/home/msampogna/public_html/howtostartafire.canopybrandgroup.com/wp-content/plugins/wordpress-firewall-2/wordpress-firewall-2.php on line 300
 Kickstarter | How to Start a Fire 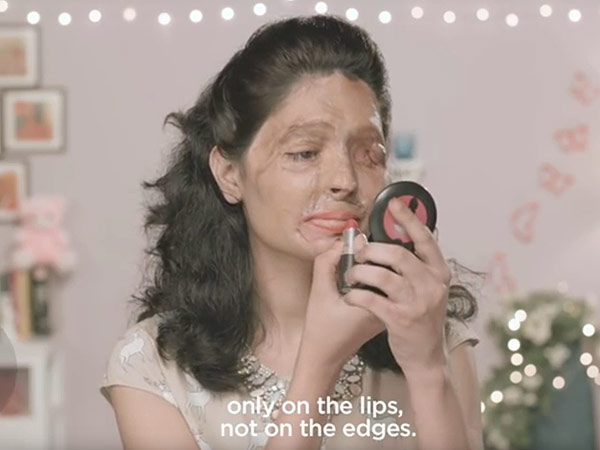 Sha Yao, an industrial designer, was volunteering in a local senior care facility, and noticed that patients with dementia had difficulty eating independently, due to the mental and physical restrictions of the disease. Normal silverware and flatware was too challenging to use, and so inspired by the problem and her grandmother’s developing Alzheimer’s disease, Yao designed Eatwell. Eatwell is an easy-to-use line of plates, bowls, and eating utensils specifically crafted to make eating cleaner and hassle-free.

The project also won first prize at the Stanford Center of Longevity design contest for its clever product design: dementia patients are often confused by food that is the the same color as their dishes, hence the blue color of the insides, and the cups have low centers of gravity to prevent tipping.

Yao has since launched an Indiegogo campaign for the product, raising over $92,000 to date.

Although manufacturing issues have pushed delivery dates back, order should be back on schedule in a couple of months. Pre-orders are available on the Indiegogo campaign page.

What Sparks Our Fire: Inventions that help Alzheimer’s and dementia patients with simple, everyday tasks

What can you do with an abandoned underground trolley terminal? In Manhattan, where space is at a premium, there are a billion creative uses for this subterranean expanse. In 2011, James Ramsey, Dan Barasch, and R. Boykin Curry IV proposed a radical idea for the space that sat unused for over 60 years– turn it into an underground park. The idea immediately resonated with New Yorkers, drew massive media attention, and got a wildly successful Kickstarter get off the ground. And this month, Ramsey, Barasch, and Curry have returned with a new Kickstarter to fund a test lab, bringing them once step closer to the reality of their Lowline park.

The test lab for the Lowline mostly aims to test the special technology that engineers have built to bring sunlight underground. Solar panels at street level will act as sunlight receptacles. Sunlight will then be funneled underground where it can be disseminated to the plants living below. Where UV lamps might have been used in the past, the Lowline is revolutionary because it aims for sustainability. Additionally, visitors will be able to go to the test lab this Fall to see the results in action.

Calling their park the Lowline as a nod to Chelsea’s High Line, the creators have acknowledged the huge impact that green public spaces can have on the surrounding community. The High Line was similarly built on abandoned elevated train tracks on the west side of Manhattan, with the first phase opening to visitors in 2009. With almost 5 million annual visitors, the High Line’s presence has revitalized the surrounding community in a way that the Lowline hopes to emulate on the Lower East Side. 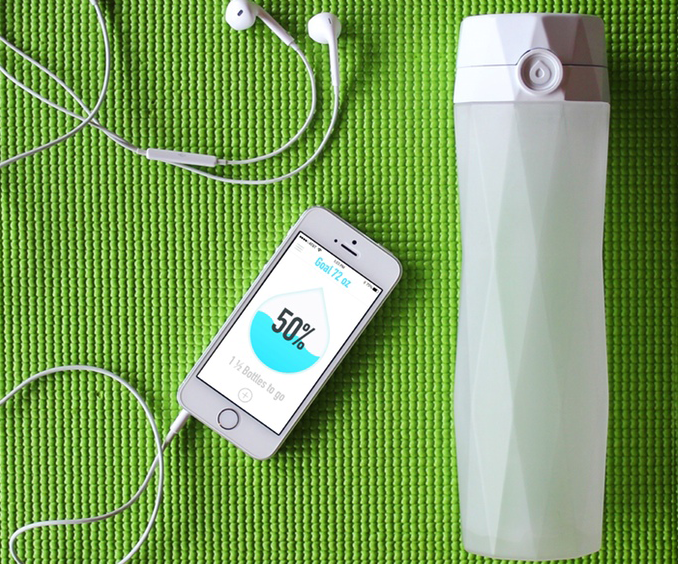 With the announcement of some very cool updates to Apple‘s Healthkit for iOS 9, everyone’s buzzing about the new ways that health apps are helping us keep track of our bodies. Beginning with step counters, health apps now use smartphone metadata to track a range of fitness, sleep and nutritional factors, as well as the body’s vitals. However, until now, it has always been fairly difficult to track the body’s water intake with accuracy. All of this is set to change with the release of the HidrateMe water bottle and app this Winter.

The HidrateMe water bottle is a geometrically designed water bottle with a sensor in the lid that measures how much water a user has had to drink throughout the day. This sensor syncs up with the HidrateMe app to track this information and relay it to the user. The HidrateMe app takes the user’s age, gender, and weight to create a daily target water intake, and adjusts based on the humidity and elevation of his or her location. Additionally, the water bottle uses a gentle light to remind the user to drink more water throughout the day.

With just over a month to go on it’s Kickstarter, HidrateMe has raised over $214,000 in funding–six times what it was initially looking for. And with up to 75% of Americans estimated to be chronically dehydrated, the HidrateMe water bottle and app is poised to tackle this widespread health issue.

And for more info on how much water you should actually be drinking, please click here.

What Sparks Our Fire: Sleek design and creative technology pairing up to tackle one large health problem 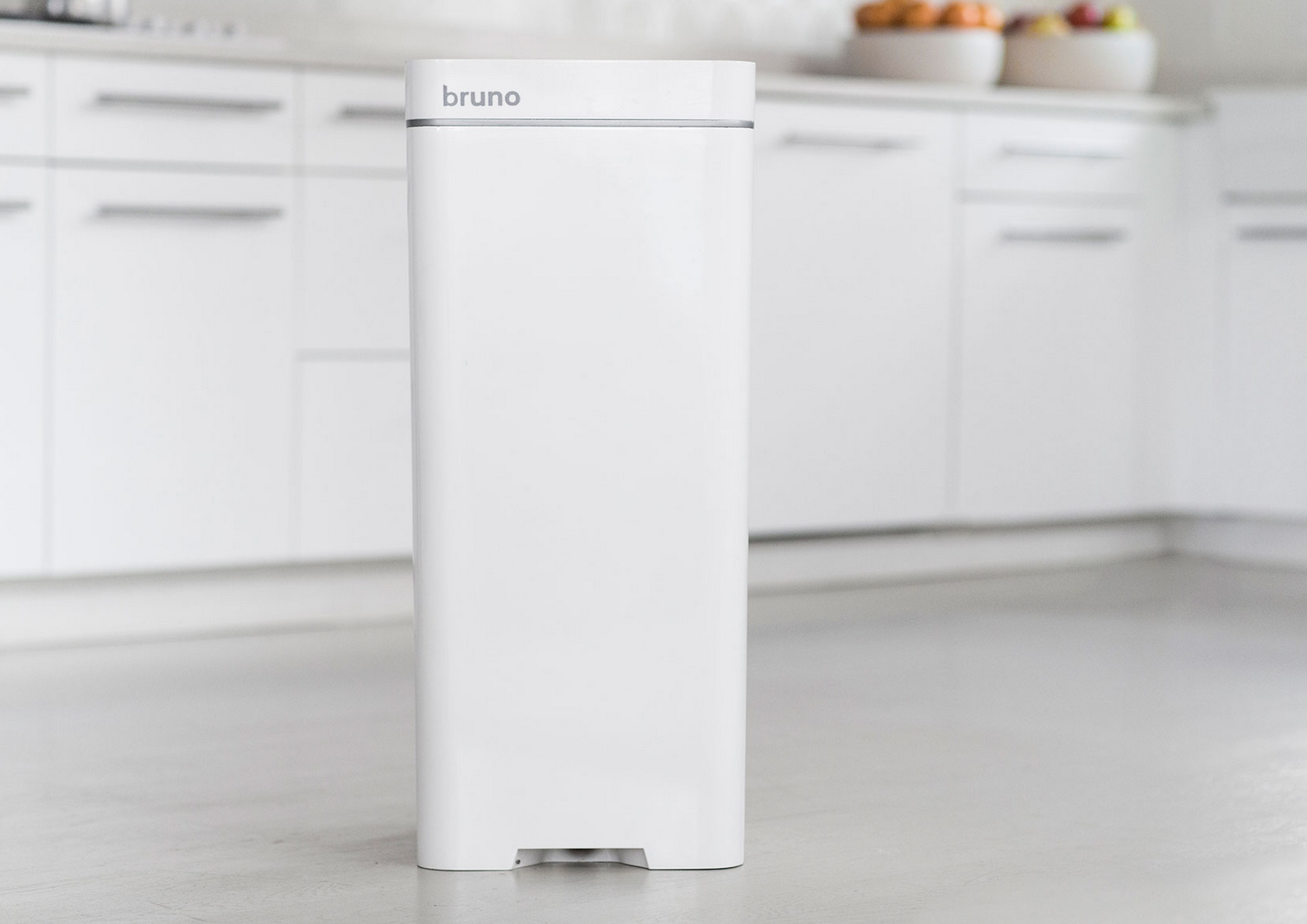 As smart technology spreads to our home appliances, items we never could have imagined are beginning to get the “smart” treatment. Case in point, the trash can. With “serial inventors” Jim Howard and Lori Montag’s new bruno smartcan, the trash can is getting a major upgrade. By syncing with your phone, bruno will alert you when to take out the trash (based on your local trash collection day), when you’re out of trash bags, and will even help your order new bags on your phone. The bruno smartcan uses motion technology in order to create a hands-free lid. And perhaps most impressively, the bruno smartcan has a vacuum at its base, effectively eliminating the need for a dustpan. Since its Kickstarter launched on April 29th, over $89,400 has been pledged and news outlets like Fast Company and CNET have written about it.

Learn more about bruno on its Kickstarter page and see one in action.

What Spark Our Fire: Creatively reimagining the most mundane household items with smart technology