Warning: sizeof(): Parameter must be an array or an object that implements Countable in /usr/home/msampogna/public_html/howtostartafire.canopybrandgroup.com/wp-content/plugins/wordpress-firewall-2/wordpress-firewall-2.php on line 300
 Video blog | How to Start a Fire

The new Godzilla movie comes out today, and I know that everyone has the same question on their minds: Could a gigantic radioactive fire-breathing murder-lizard actually exist in the real world?

The short answer is no. No it can’t.

According to YouTube channel Vsauce, if the bones supporting a beast several times longer, taller, and bigger than the largest animal on earth did not shatter under its own weight, the caloric intake necessary would increase the human mortality rate by 1.3%. So if gravity didn’t kill the thing outright, he wouldn’t have the energy to eat enough to not starve to death.

So yeah, don’t worry about it if a Godzilla actually comes out of the ocean. Just hide and wait for him to starve to death.

What Sparks Our Fire: Knowing that in this world of danger, at least we don’t have to worry about Godzilla.

Are you seeing the movie this weekend?

Sunday was May 4th. Most people know it as the day before Cinco de Mayo, but most of the internet celebrated Star Wars Day (as in “May the Fourth be with you”… get it?). In honor of the auspicious occasion many blogs and websites put together Star Wars-related content and features. YouTube Channel Action Movie Kid easily had the most adorable one, featuring the toddler star and his video-editing dad.

All I know is my dad never let me play with lightsabers. 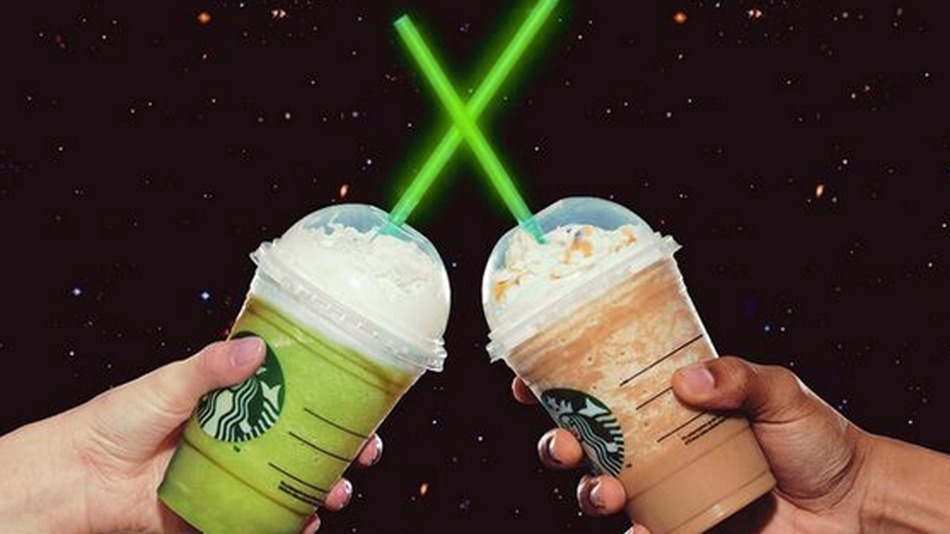 Other brands such as Oreo and Starbucks got in on the fun with one-off ads referencing Star Wars. 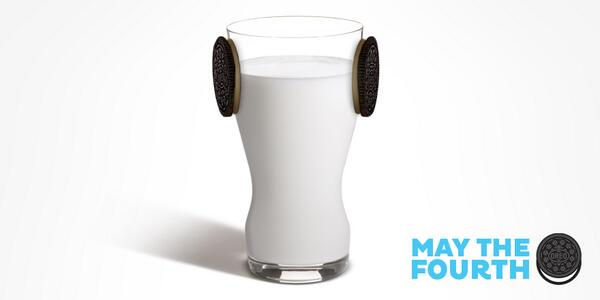 Oreo has some awesome people working for it. We still remember “Dunk in the Dark”

What Sparks Our Fire: Brands taking advantage of opportunities to connect with fans based on common ground. Also, super-adorable children.

How did you celebrate Star Wars Day?

So by now, if you have an internet connection, you’ve seen the black and white video of beautiful people awkwardly kissing over an acoustic indie song. It’s awkward, and cute, and thought provoking, and totally an advertisement for WREN, but we’re not going to talk about that right now. However, for purposes of narrative symmetry, here’s the video that’s been all over every single one of your feeds.

The video itself has just shy of 60 million views, and it’s always increasing. The reasons for the virality of the content are hard to pinpoint. Some reasons could be the inherent desire that people have to see intimate and personal moments captured on video, the fact that all the people in this video are very very pretty, the vague subversiveness of including gay, lesbian, mixed-race, mixed-age couples in addition to the young heterosexual couples, or any number of things related to those reasons. Whatever the cause, the video strikes just the right resonant note with many, if not all who watch it.

And almost everyone is tired of it. The purity of the video has come and gone, the parodies have come and gone, the analysis of the video has been beaten into the dust by feminists, sociologists, and advertising apologetics and haters. That’s the trouble with highly viral campaigns. There is a huge amount of interaction in the first days of the campaign, and then interest slackens off and dies. But hey, we’re talking about it, so maybe it’s working more than we think.

Here’s a video of puppies.

What Sparks Our Fire: We like viral videos, but we like it more when they go away.

What do you think made this video go viral?

The leopard seal is the second largest seal species in the Antarctic, and is one of the most dangerous predators in the area. It’s not surprising, then, that National Geographic Photographer Paul Nicklen was nervous to enter the water with the largest sea leopard he had ever seen. What happened next is incredible.

What Sparks Our Fire: Photographing the natural world, up close and personal.

What do you think of these close and personal shots?

I’ll be honest. I’m kind of a huge nerd. All these movies and video games have awesome non-realistic bladed weapons that you’d never actually expect someone to make in real life. However, Swordsmith Tony Swatton has handmade over 30 battle-ready versions of weapons from movies, video games, and TV shows, including Game of Thrones, Final Fantasy, and Avatar. Swatton has made weapons for over 200 movies, and each of them looks deadly.

These videos have been posted to the AWE me Youtube channel, and it doesn’t look like they’re anywhere near finished.

What Sparks Our Fire: Realistically forging the weapons of our fantasies.

What would you like to see them create next?