Warning: sizeof(): Parameter must be an array or an object that implements Countable in /usr/home/msampogna/public_html/howtostartafire.canopybrandgroup.com/wp-content/plugins/wordpress-firewall-2/wordpress-firewall-2.php on line 300
 Chevy | How to Start a Fire 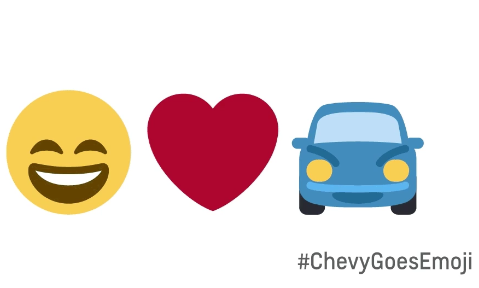 Visual mediums have taken a larger role in consumers’ lives and has started to trickle into brand storytelling and communication. We’ve written about the latest trend of brands creating their own emoji keyboards, and now Chevrolet has gone one step further and released a press release for the 2016 Cruze, written entirely in emoji. Released this morning, Chevy will give consumers a chance to decipher the statement written in modern glyphs before releasing the translated version this afternoon.

Chevy, not traditionally known for their ground breaking marketing initiatives, is taking a big step in the right direction. No other company has released a formal press release written almost entirely in emoji, though Domino’s did write hundreds of Tweets using just a pizza emoji a few weeks back. By embracing the “emoji” trend and adding an element of social media driven gamification to the sometimes stale press release ritual, Chevy is taking great strides in effectively engaging with the target millennial audience.

Take a look at the full press release, and see if you can piece together the full story. 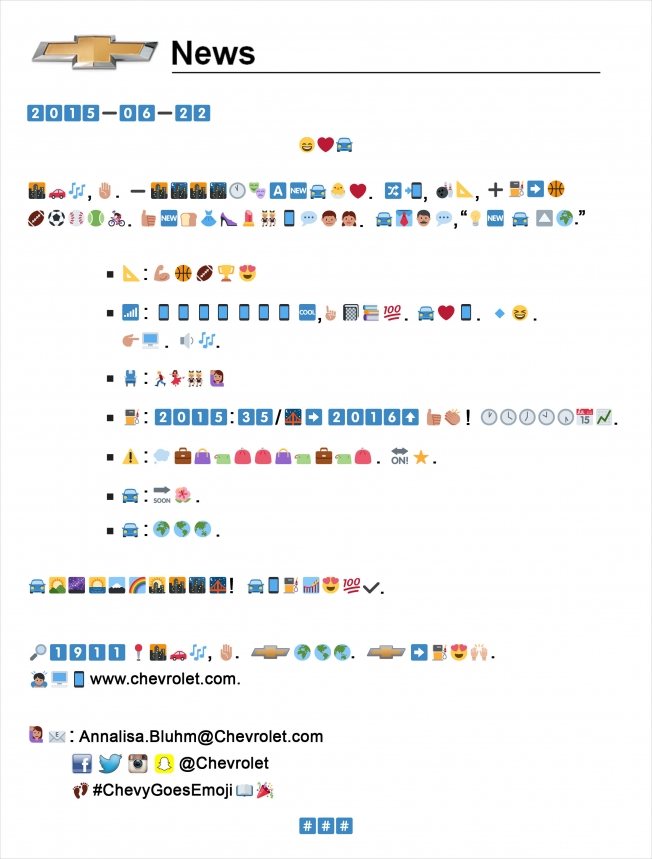 What Sparks Our Fire: A unique integrated campaign targeted at millennials.