Warning: sizeof(): Parameter must be an array or an object that implements Countable in /usr/home/msampogna/public_html/howtostartafire.canopybrandgroup.com/wp-content/plugins/wordpress-firewall-2/wordpress-firewall-2.php on line 300
 People are Fragile Campaign | How to Start a Fire

A pedestrian awareness campaign was launched in Vancouver to encourage the use of crosswalks and prevention of jaywalking. It is also targeted towards cyclists running stop signs and cars failing to yield to pedestrians. The series of posters feature porcelain figures placed on the road. Another clever idea: a typographic display was used on the sidewalks and road to show what could happen to a pedestrian carelessly walking into traffic. This idea is very simple, but effectively gets pedestrians’ attention. 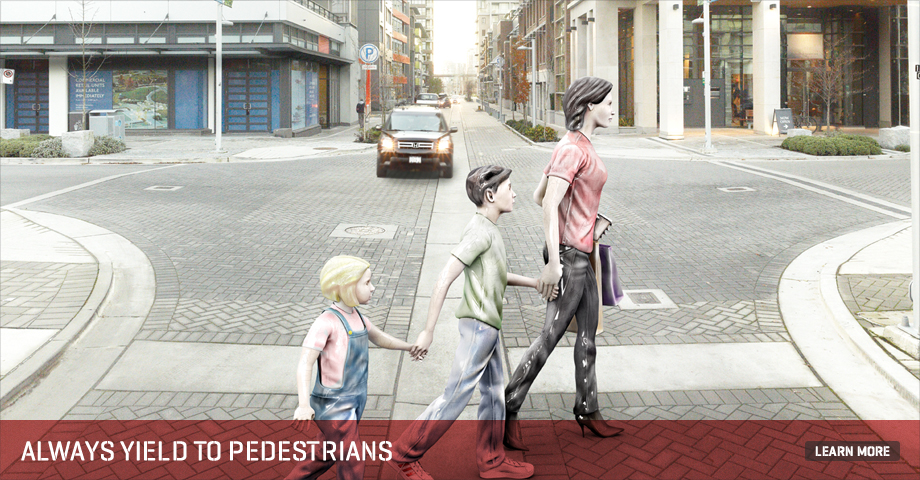 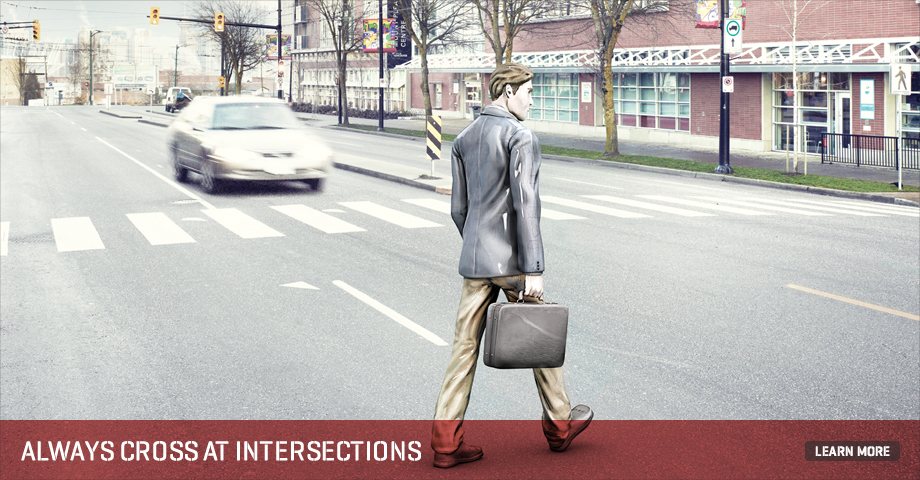 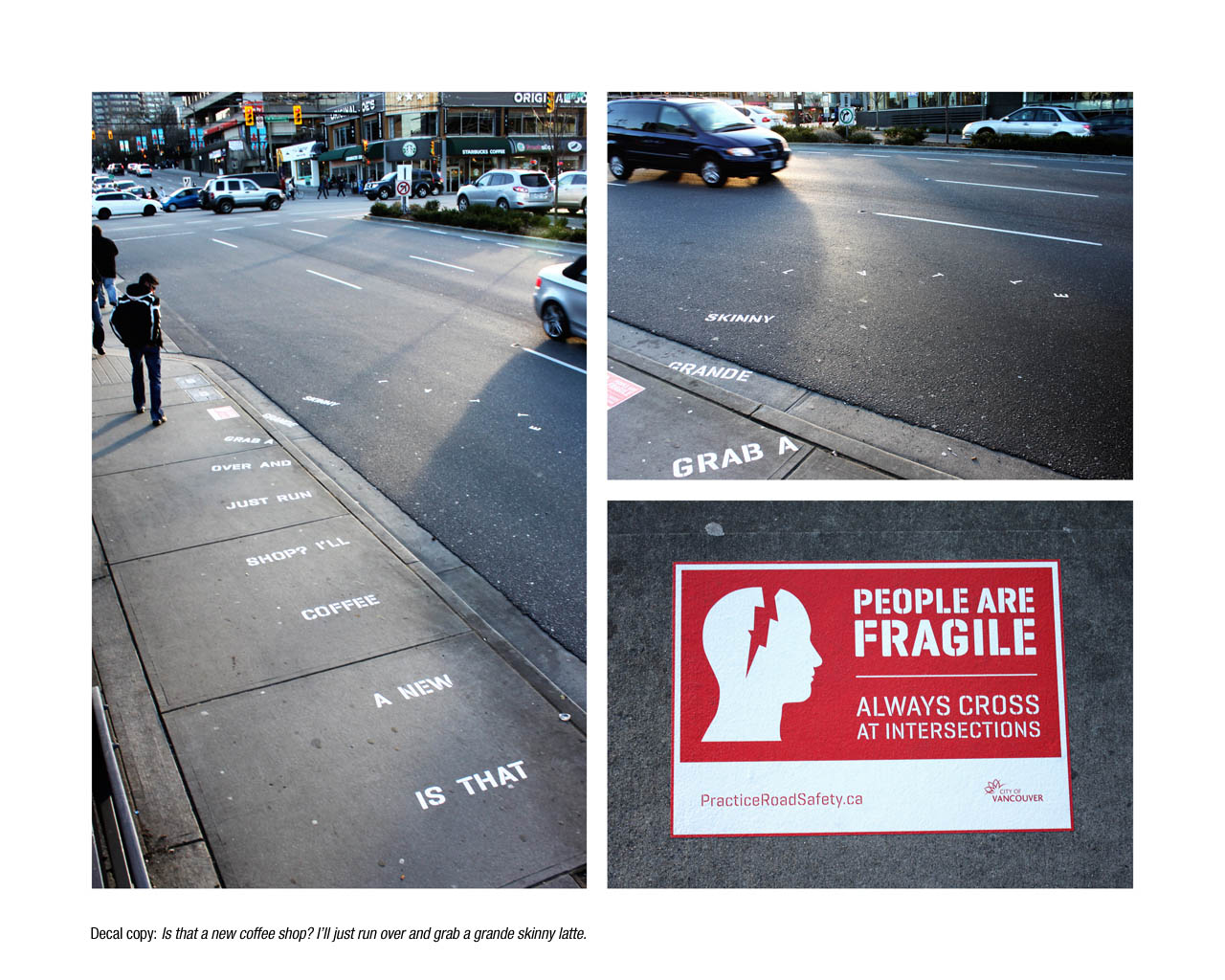 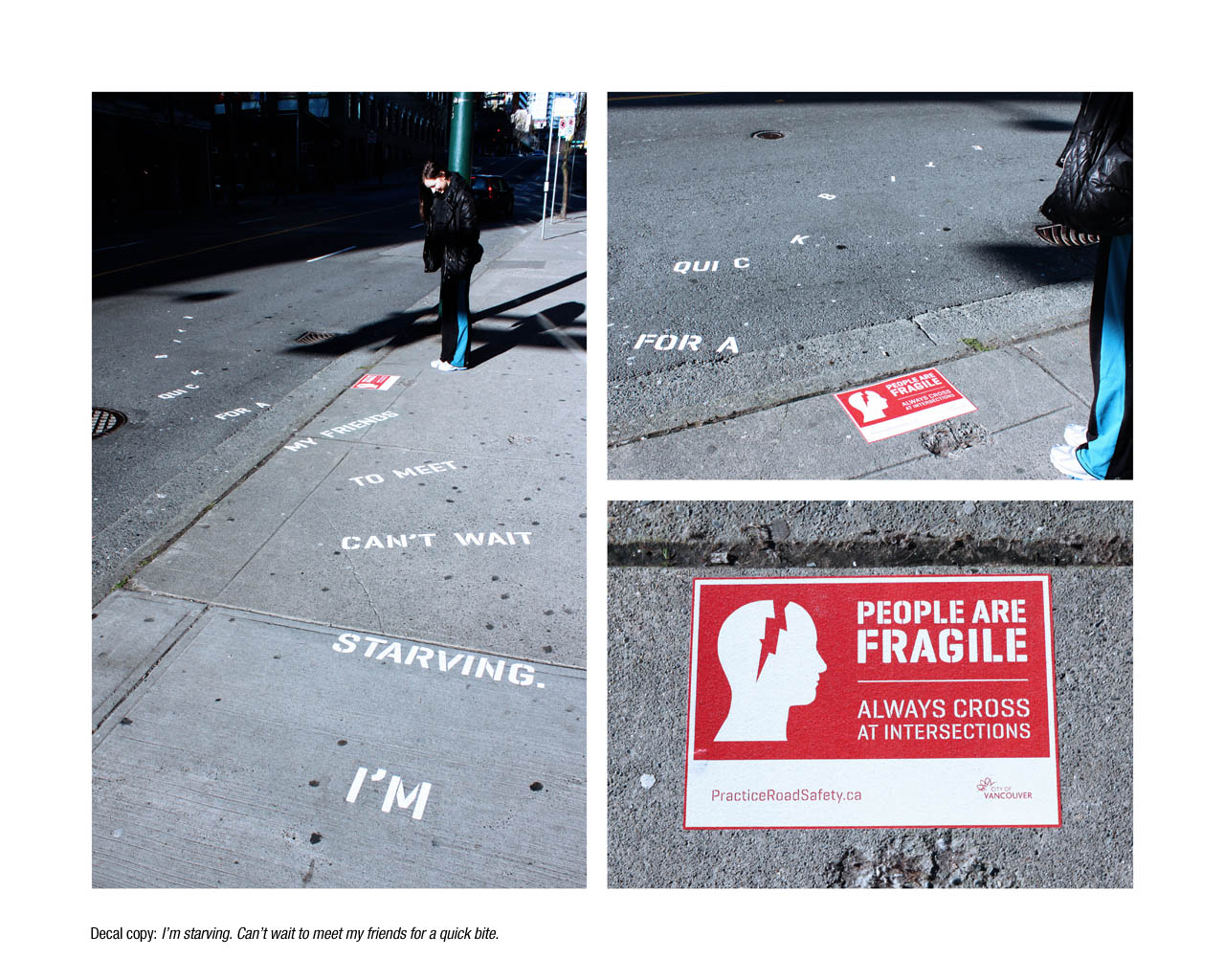 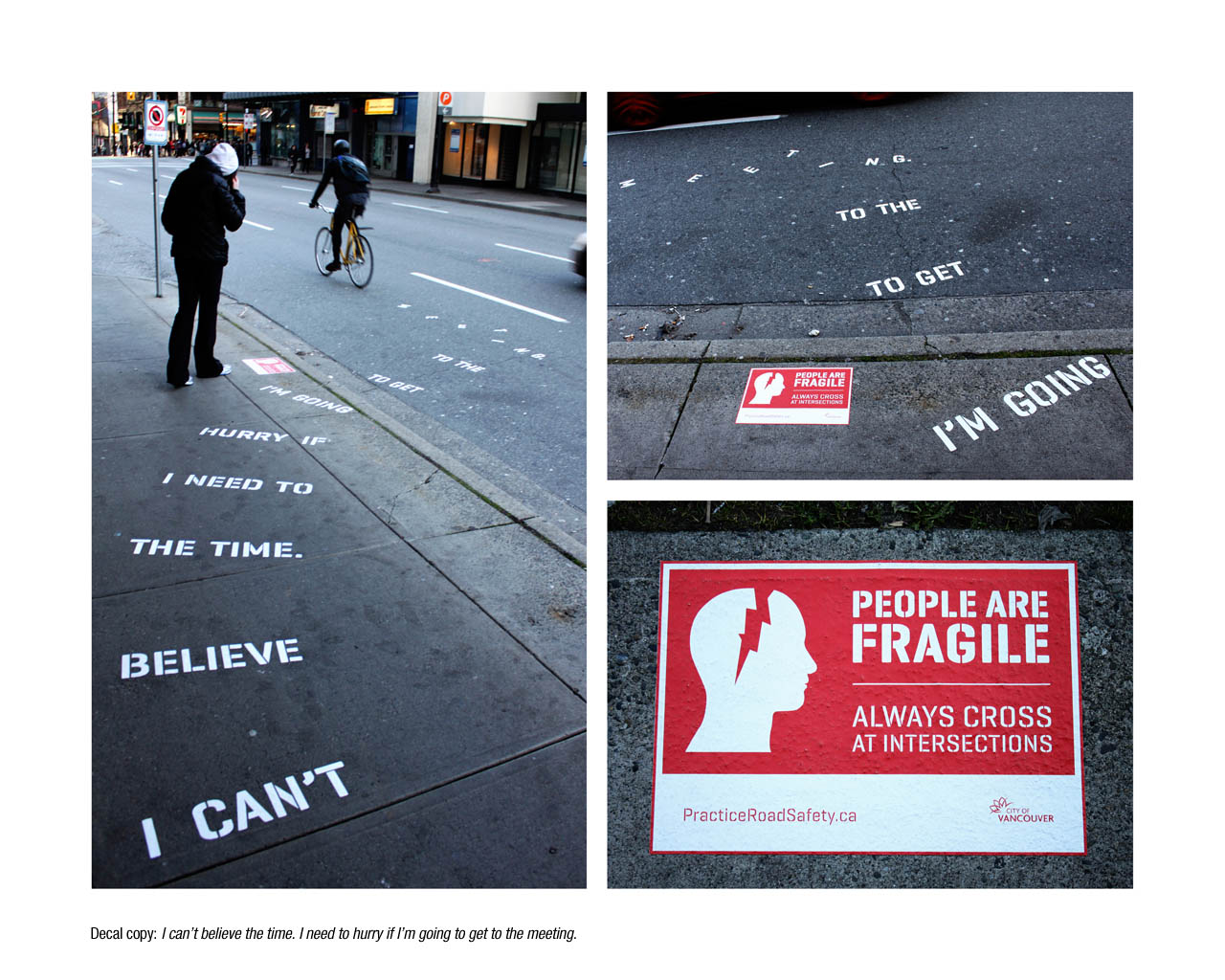