Warning: sizeof(): Parameter must be an array or an object that implements Countable in /usr/home/msampogna/public_html/howtostartafire.canopybrandgroup.com/wp-content/plugins/wordpress-firewall-2/wordpress-firewall-2.php on line 300
 Disney | How to Start a Fire 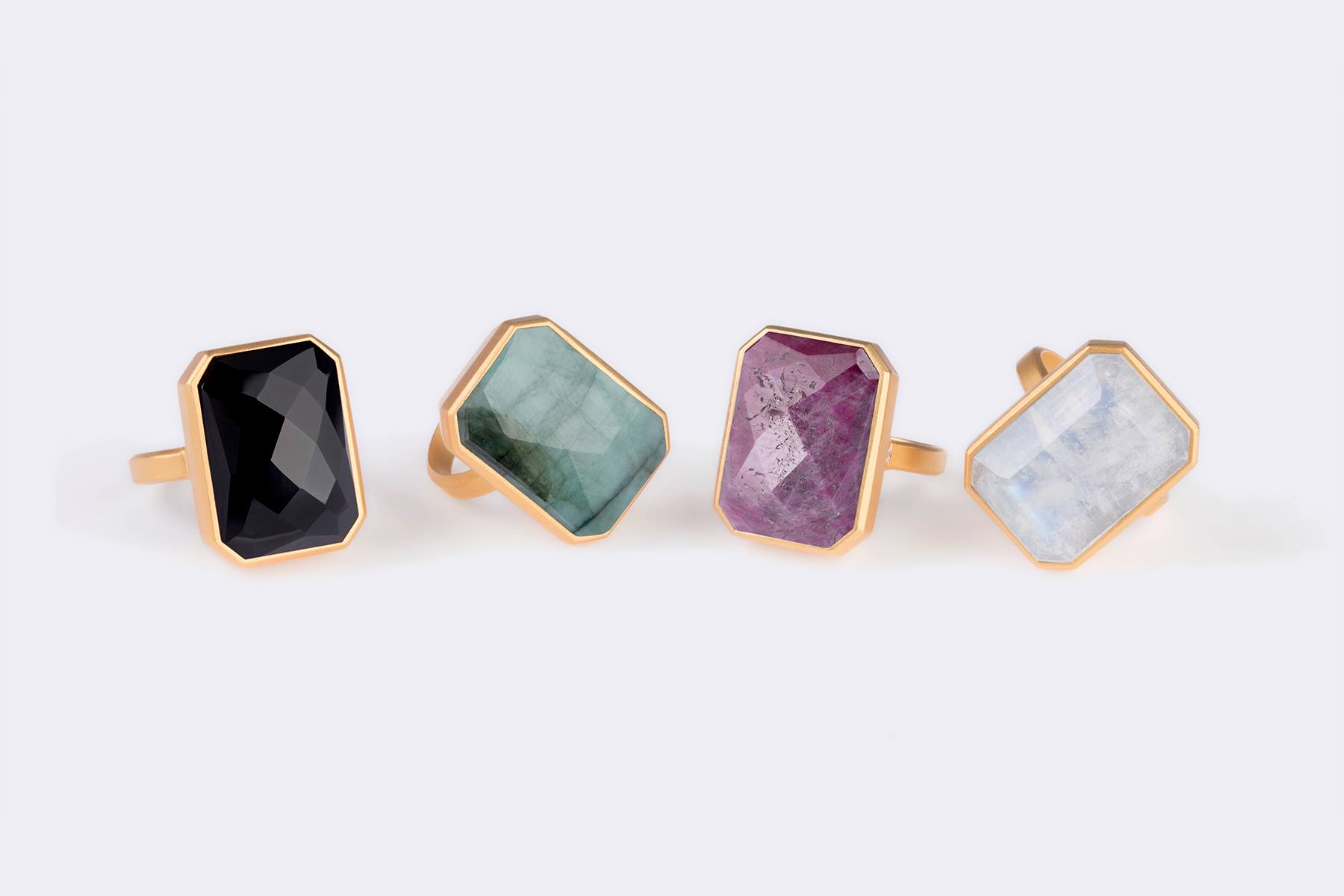 A few weeks ago, we talked about Disney’s new touchscreen technology, which would allow a user to feel the objects onscreen via an electric current that fools the fingers into feeling bumps and textures. Now, Disney has made another leap in haptic interfaces, creating a system that would allow the user to feel the interface in midair.

Similar to an Xbox Kinect, this is a three dimensional interface that allows you to touch simulated objects in midair. Called “Aireal”, the developers state that the device provides “interactive tactile experiences in free air,” basically blowing concentrated ring of air in the direction of the user, basically using sound waves to create the sensation of haptic interaction.

This is an entirely new way of conceiving touch-based technology. Most interfaces use actual surface to hand or surface to body technology to utilize haptics. Midair interaction is a completely untested form of interface, and it will be fascinating to see what uses this technology could have in the future.

What Sparks Our Fire: New technologies are leading us closer and closer to a fully 3-D interactive experience.

Do you see the Aireal becoming an integrated part of systems in the future?

By their very nature, touch phone screens are flat, glossy surfaces that transfer visual and audio signals to your brain. This is what they’re meant to do, and for the most part they do it well. But can they be improved upon? The minds at the company behind Mickey Mouse and the multiplane camera are working to do just that.

Haptic interface is the transmission of touch information from a screen to a user’s hand. Disney is working on a flat touchscreen technology that will allow the user to feel the shape and texture of objects displayed on the screen. Officially known as “tactile rendering of 3D features”, the process is complicated, but essentially boils down to the premise that small electronic pulses can trick fingers into perceiving different textures and bumps of objects shown on the flat screen.

This, in and of itself, is not new information, but the implied applications of this technology are staggering when one considers how common touchscreens have become in today. “Touch interaction has become the standard for smartphones, tablets and even desktop computers, so designing algorithms that can convert the visual content into believable tactile sensations has immense potential for enriching the user experience,” according to Interaction Group director, Ivan Poupyrev.

Disney also believes that textured screens hold great potential for disabled users. Their demonstration video shows real-time impressions, where a camera attached to the screen captures an image and the user is able to feel it. This holds potential for creating accessible technology for blind individuals to help raise awareness of their surroundings in a physical way. This technology, while not yet available, leads one to consider the staggering implications of this technology.

What Sparks Our Fire: Adding haptic interaction to visual and audio takes us one step closer to a full, immersive user experience.

What industries do you think will adopt this new technology first? 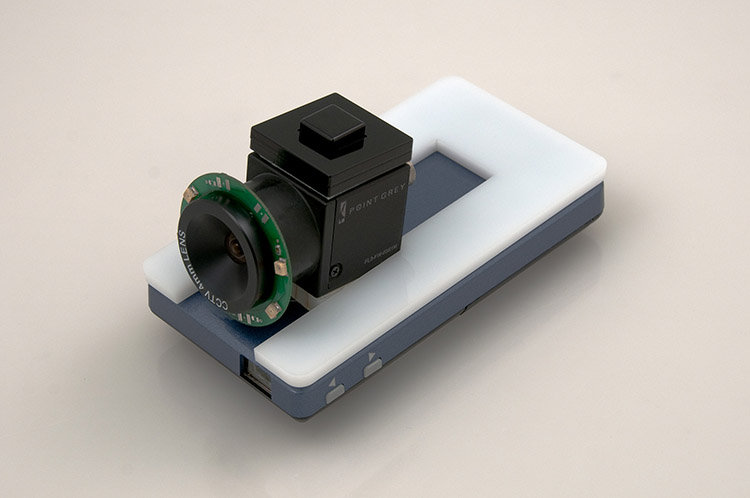 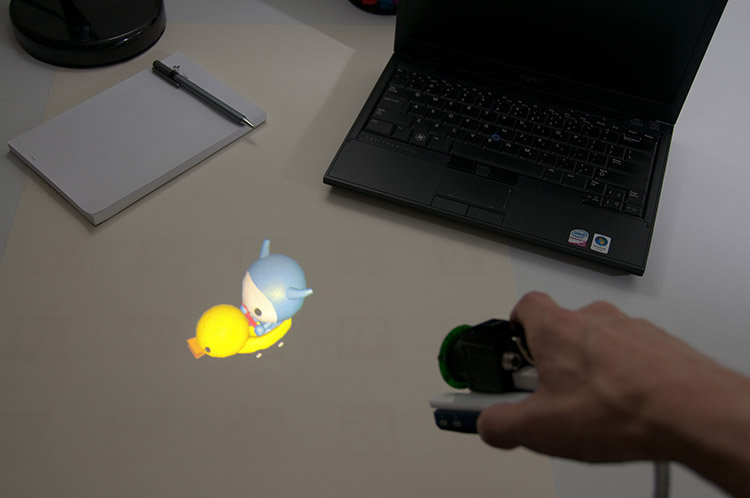 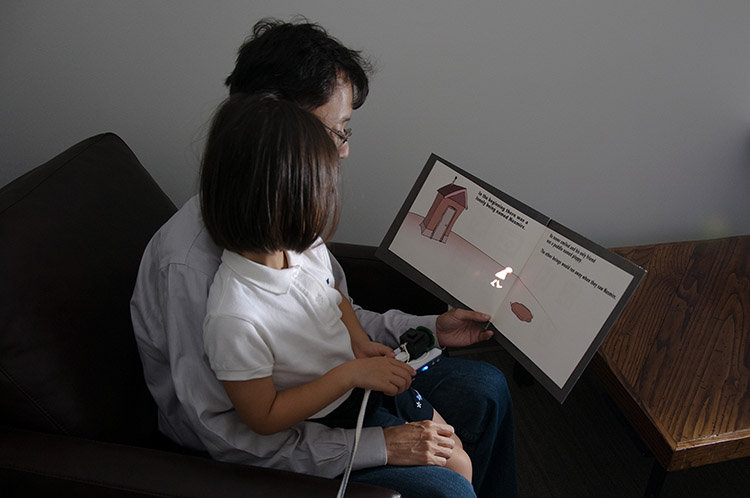 For decades, Disney, has been a leader in inspiration. Disney’s latest mission is to bring story books to life through a device called HideOut, a smartphone-sized, handheld projector that produces 3D moving images on the pages of a story book. There is no app to launch or required view finder, just attach the mini projector to your smart phone. Your child can move the projector around the page as you read and watch the animated story unfold. HideOut functions by having a camera track that processes hidden IR-printed codes in the pages of the book, which then triggers pre-programmed animations. Although it’s not available yet, HideOut is a model for a future in which smartphones have onboard micro-projectors as standard equipment.

What sparks our fire: A deeper level of control, engagement and freedom in storytelling.

How will this contribute to how the next generation forms, delivers and shares stories?