Warning: sizeof(): Parameter must be an array or an object that implements Countable in /usr/home/msampogna/public_html/howtostartafire.canopybrandgroup.com/wp-content/plugins/wordpress-firewall-2/wordpress-firewall-2.php on line 300
 The Neighborhood’s Going Downhill | How to Start a Fire 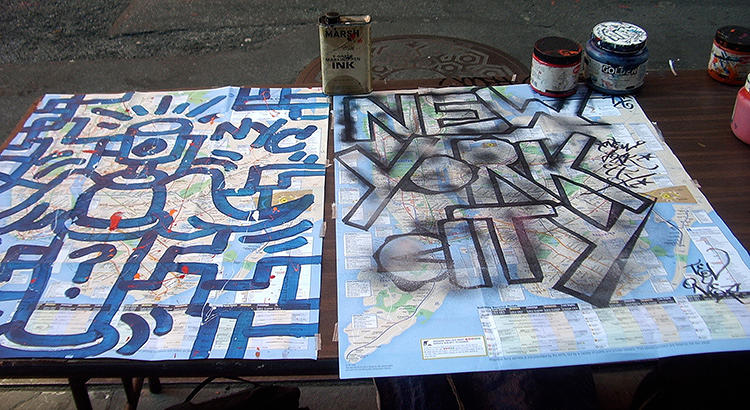 Apparently grungy is in. You have your reclaimed wood tables, exposed brick walls, and raw metal beams, all of which add to a certain aesthetic and serve to add a certain hip-ness to the area. Now, according to sociologist Gordon Douglas, a certain amount of graffiti can contribute to the gentrification of a neighborhood.

Long the symptom or result of economic malaise or poverty, graffiti has a predominately negative connotation. According to Douglas “A huge amount of social science throws [graffiti] into a camp of being a sign of crime and disorder.” Baruch College sociologist Gregory Snyder compared rates of violent crime versus graffiti and found that places with more tagging had lower rates of crime. In his book Graffiti Lives, he writes that in SoHo, “residents, tourists, and high-end boutiques, co-exist with graffiti vandalism in a relatively symbiotic fashion.” He claims graffiti-ed neighborhoods “[attract] the type of urban ‘cool’ consumer marketers call ‘taste makers’ and advertisers and retailers so desperately want to reach.”

So that’s probably not an excuse to tag any old wall, but in a world where the works of artists like Banksy can command prices of $100,000, this kind of organic street art may just attract the kind of people that gradually gentrify neighborhoods.

What Sparks Our Fire: The shifting perceptions of what is art vs. vandalism and how the public as a whole reacts to it.

Do you feel graffiti adds to the je ne sais quoi of a neighborhood?